Out of Joint and the Royal Court present 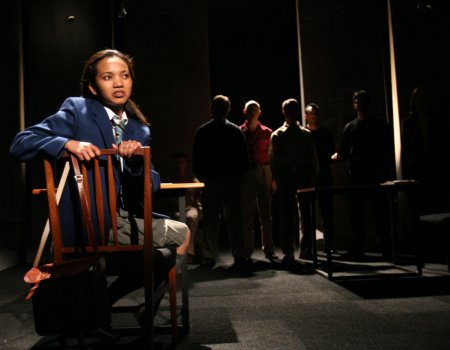 Talking to Terrorists is a play commissioned by the Royal Court and Out of Joint. The writer, director and actors interviewed people from around the world who have been affected by or involved in terrorism. They wanted to know what makes ordinary people do extreme things.

Peacemakers, journalists and hostages. Significant figures from recent history. And those who have crossed the line. Their stories take us from Africa, Israel, Turkey, Iraq and Ireland to the heart of the British Establishment.

‘I will be astonished if the year turns up a more important, illuminating or moving play than this’
-Daily Telegraph

‘You must see this play’
-Sunday Times