The Andrea Project gives young people the ambition, skills and opportunity to be playwrights, whatever their background.

Out of Joint first launched The Andrea Project in 2017. The scheme, which runs alongside each of our productions, finds a group of teenagers interested in writing for theatre. No prior experience in writing, or even in theatre going is required.  We host a series of playwriting workshops at their local theatre, run by a professional writer who guides them through the process of writing a 10-minute play. The plays are performed by a professional cast, with tickets on sale for the general public to watch the performances. It is completely free for participants to take part in The Andrea Project, and travel expenses are offered so that nobody has to miss out for financial reasons. 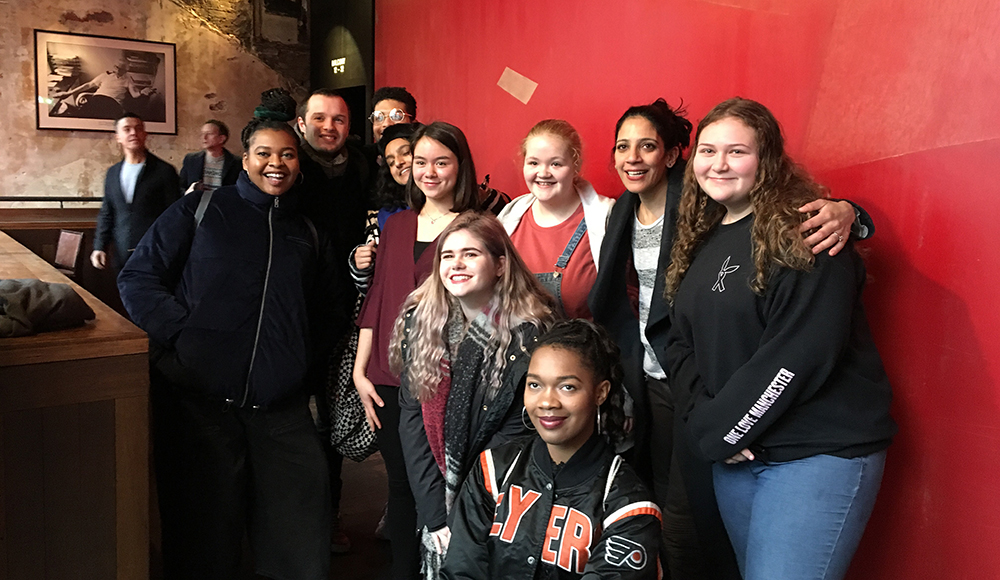 The Andrea Project is inspired by playwright Andrea Dunbar. Andrea grew up on Bradford’s Buttershaw housing estate and had no experience of theatre growing up. When she had her first play staged at the Royal Court she was a teenager living in a women’s refuge. She began her second, the smash hit Rita, Sue & Bob Too, when she was just 19. The Andrea Project is a response to the question: could a writer like Andrea be discovered by theatres today?

We believe that the Andrea Project can help to find talented theatre writers of the future and give them guidance and support, and a sense of ownership over their local theatre. We also believe that the scheme has real, long-lasting benefit to participants who don’t end up writing for theatre – helping them with communication and written skills and providing them with a creative outlet.

The pilot scheme was a collaboration with Octagon Theatre Bolton and London’s Royal Court Theatre. Following The Andrea Project one of our writers,  Jasmine Lee-Jones has since been further developed by the Royal Court and saw her first production seven methods of killing kylie jenner  programmed in 2019.

Over the past three years, we’ve worked in partnership with Sheffield Theatres, the Royal & Derngate, Northampton, and Cast in Doncaster to bring the work of young people to their local stage, performed by the our professional cast of actors.

If you are interested in teaming up to offer an edition of The Andrea Project, or if you would like to make a gift to the scheme so that we can continue to keep it free and accessible, please email hello@outofjoint.co.uk.